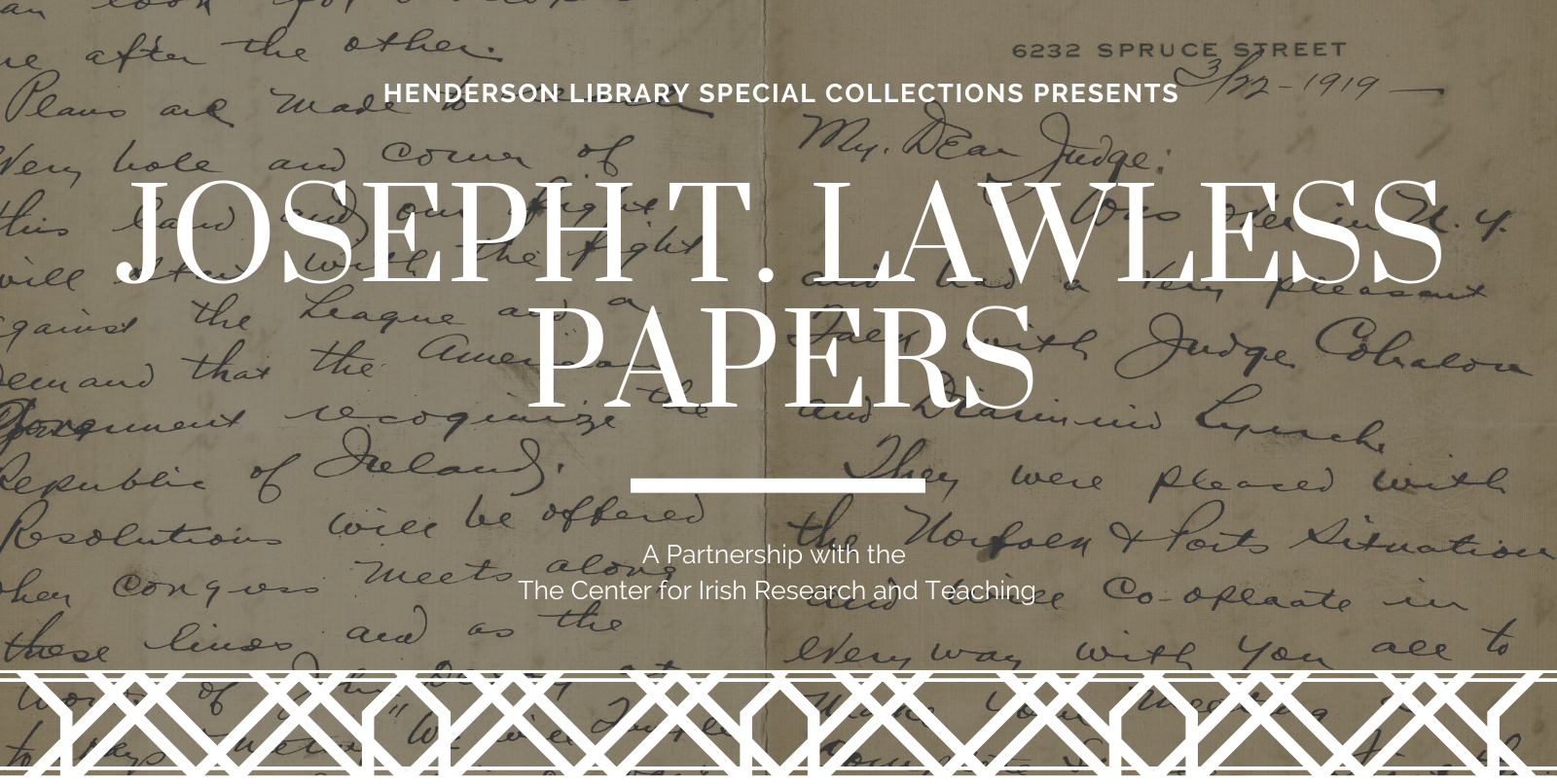 This letter is in reply to Cohalan. Lawless acknowledges his awareness of certain addresses given in accordance to his ideas. Additionally, he references the work of Lloyd George in Britain. Lawless states that he has already spoken, and if considered vital he will again come speak in New York.