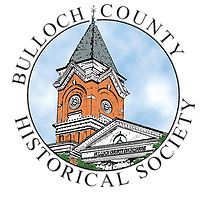 The Bulloch County Historical Society Publications collection includes monographs and other materials sponsored by the Society. Materials cover a wide range of subjects of interest to Society members and the public including Bulloch County's people, institutions, and culture. Most materials were published in the 1970s and 1980s and have long-since been out-of-print. This collection represents an ongoing effort by the Society to digitize all back-issues and make them freely accessible online.

Printing is not supported at the primary Gallery Thumbnail page. Please first navigate to a specific Image before printing.