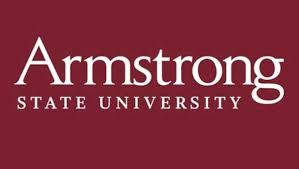 From the Mansion to the University: a History of Armstrong Atlantic State University, 1935-2010

A scholarly history of the University by Janet Stone, emerita history faculty member. Stone’s chronological narrative elucidates Armstrong’s historical significance and milestones: founded in 1935 as a junior college of the City of Savannah, joined the University System of Georgia in 1959, desegregated in 1962 by Otis Johnson, and relocated to the Southside campus in 1966. Soon after the move, the transition to a four-year college and development of health professions degrees, among others. Stone unpacks the University System of Georgia’s court-ordered desegregation plans for Armstrong starting in the 1970s. Savannah was a special case, home to Savannah State University, a historically black university, and Armstrong, historically white. Finally, growth in programs, enrollment, facilities and university status in 1996. Stone also tells the story of the people who were part of the School—including photographs. The many stories of students, their ambitions, ideas, protests and celebrations. Sports (including football), clubs, theater, music, art and more are documented, drawing on student publications: The Inkwell and The Geechee (yearbook.) And stories of the faculty: steering the college through world wars and financial woes, curriculum debates, innovating teaching techniques, pursuing scholarship and some fun. The first faculty and students were a tight-knit community on the steps of a downtown mansion; later faculty and students became Southside pioneers, transplanting the school to a new campus. And lately a University, more diverse and supporting many interests and activities—but still possessed of a strong campus community.

Stone, Janet D., "From the Mansion to the University: a History of Armstrong Atlantic State University, 1935-2010" (2010). About Armstrong. 7.
https://digitalcommons.georgiasouthern.edu/armstrong-about/7

Files over 10MB may be slow to open. For best results, right-click and select "Save as..."